Baixo Iguaçu, our contribution to one of the seven natural wonders of the world

We have inaugurated the Baixo Iguaçu Hydroelectric Plant in Paraná, Brazil, which supplies a million people with renewable energy due to its total installed capacity of 350 MW. This facility actively maintains the water balance and guarantees the force of the famous Iguaçu waterfalls.

Baixo Iguaçu, our contribution to one of the seven natural wonders of the world

We have inaugurated the Baixo Iguaçu Hydroelectric Plant in Paraná, Brazil, which supplies a million people with renewable energy due to its total installed capacity of 350 MW. This facility actively maintains the water balance and guarantees the force of the famous Iguaçu waterfalls.

Discover the legend of Iguaçu

In ancient times, the Iguaçu River ran smoothly, without any waterfalls, and the indigenous Kaingang people lived along its banks. The fate of Naipi, the daughter of the chief Ignobi, was linked to that of Mboi, a god in the shape of a great serpent, but she fell in love with Tarobá, a young warrior from the tribe. On the day of the ceremony, the river called the two of them but Naipi and Tarobah fled in a canoe.

Mboi was furious: he slid inside the earth like a snake and slithered and squirmed, forcing the earth to crack and form the falls. Tarobá was swallowed by the waters and turned into a palm tree on the edge of the chasm and Naipi into a stone standing next to the spectacular waterfall. Watched over by Mboi, the serpent god, the lovelorn warrior was condemned to gaze upon his beloved, without being able to touch her, for all eternity.

The Baixo Iguaçu Hydroelectric Power Plant regulates the flow that feeds the waterfalls, guaranteeing a constant spectacle for all the visitors who come to Iguaçu National Park — a total of 1.8 million in 2018 —. The Iguaçu Falls are made up of 275 dramatic waterfalls and, since 2011, they have been considered one of the seven natural wonders of the world. A few years earlier, at the end of July 2006, the flow of the river drastically and dramatically fell, transforming its torrential falls into small jets of water.

Concern over the flow of water and the need to regulate it resulted in the construction of the Baixo Iguaçu Power Plant. As Fuertes, one of Baixo Iguaçu's engineers, acknowledges, "Of the reservoir's 31 km2, about 20 are on the river itself and we take care to guarantee a minimum flow rate of 350 m3/s, an increase of 150 m3/s, so as to ensure current conditions". The National Electricity System Operator (ONS) and the Chico Mendes Biodiversity Conservation Institute (ICMBio) acknowledge the hydroelectric power plant's contribution to the stability of the world's most famous waterfalls.

This new facility, which came into operation in December 2018, has begun to contribute clean, renewable electricity to the Brazilian energy matrix, which is now largely based on the hydroelectric sector. In 2018, this model accounted for 67.5%* of Brazil's installed capacity, eight times that of natural gas, the second most important source of energy in the country.

Without a doubt, the Baixo Iguaçu Hydroelectric Power Plant considerably strengthens the security of the Brazilian energy sector, which is continuing to grow. In 2018, the country's installed capacity totalled 161.5 gigawatts (GW), all energy sources combined. It is estimated that this capacity needs to increase by 10%, to reach 177 GW by 2023, if it is to meet the country's goals for economic growth.

Baixo Iguaçu has a modern control system that is now fully operational. According to the engineer Luiz Claudio Ramírez, the Neoenergia1 operations centre in Rio de Janeiro can remotely control the operation of the hydroelectric plant, with the assistance of the technicians in Paraná.

Fabiano Dalberto, a technician from Capanema who has worked in older plants, says that the technology has advanced a great deal: "The control rooms in older hydroelectric plants were three times bigger because they had to hold giant panels. Nowadays, however, we have two work stations, because that is the norm for the electricity sector. But, in reality, we could control the entire plant with one single computer".

* Data from the National Electricity System Operator (ONS), which controls the amount of electricity generated and transmitted according to demand.

Archaeological riches protected by the forest


The Baixo Iguaçu Archaeological Survey and Rescue Programme, which started in 2008, has meant a meticulous research work and has revealed thousands of relics and over 50 archaeological sites in the area of the Baixo Iguaçu Hydroelectric Power Plant. The discoveries now form part of the National Historical and Artistic Heritage Institute's National Archaeological Sites Register.


The exploration, rescue and investigation of artefacts and archaeological sites are carried out by specialists hired by the Baixo Iguaçu Business Consortium (CEBI). The Archaeological Survey and Rescue Programme, which has already received investments of over R$ 2 million from the consortium, has accompanied all the stages of the plant's environmental concession.


The riches that were previously protected by the forest and the scattered inhabitants of Paraná are beginning to write a hitherto unknown history of Brazil, which pre-dates European colonisation. 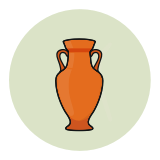 A new chapter in the lives of local residents


The construction of the Baixo Iguaçu Hydroelectric Power Plant forced the resettlement of a total of 128 families, who became part of the Consortium's Relocation and Monitoring Programme. The process was carried out with great care and based on individual negotiations. "We try to take into consideration family issues, connections to the land and all the implications a change involves," says Land Affairs Manager Amauri Daros Carvalho.


The criteria adopted were the following: 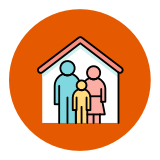 
In addition to the benefits generated through the infrastructure works, equipment purchases and professional training, the Baixo Iguaçu Hydroelectric Plant has promoted the creation of jobs and increased tax collection in the six municipalities in which it is located.


Between 2013 and 2017, the Consortium hired a total of 6,908 workers at different levels, of which 60% were local professionals, from the region itself. This was the case of Nelson José Overback, a mechanic from Capanema, who does not hesitate to acknowledge that "he had never worked on a job with so many people".


The Baixo Iguaçu Business Consortium (CEBI) has also entered into an agreement with different municipalities to implement local actions in such important areas as health, education, infrastructure, public safety and recreation. 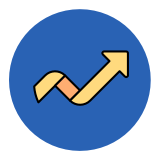 
Women are breaking the masculine tradition of large-scale construction work by taking on important roles at Baixo Iguaçu. When mitigating the possible impacts caused by the work, everything relating to the local population passed through the hands of Social Communications Coordinator Wanda Melo, who is from Sao Paulo. She has also worked in Angola with oil and gas in Rio de Janeiro, where she was responsible for disseminating the information relating to the Basic Environmental Plan, a set of 33 programmes linked to the changes imposed by the construction work.


In another sensitive area, that of resettling the families affected by the flooding of the area behind the dam, Patrícia Costa is one of those in charge of managing the transfers of the families. She travels throughout the region, taking care of the red tape involved in formalising properties and checking on the needs of the new inhabitants. 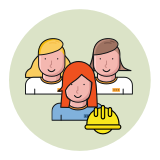 
In the field surveys, the teams recorded more than 300 vertebrates, among them species threatened with extinction, such as the tiger cat (Leopardus tigrinus) and the jaguar, and bioindicators, species sensitive to human action, such as the black-and-white hawk-eagle and the rusty-breasted nunlet. After the species inventory, the teams took preventive measures to conserve the animals during the construction work. "As a way to mitigate the risk to the fauna, we hired teams of biologists and vets to help in the removal of species from the affected area, both in the forest and in the surrounding reservoir area", Biologist Juliano Tupan added.


One of CEBI's environmental programmes paid special attention to the Iguaçu catfish, the largest fish in the river, which is endemic and was thought to have become extinct some decades ago. The fear that the Baixo Iguaçu plant would impede the fish's migration led specialists to use cutting-edge technology to understand the behaviour of this species. 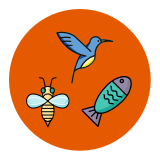 'Barrageiros', and proud of it


Professionals of varying ages and specialisations have built roads through relatively unexplored areas to build the hydroelectric power plants that contribute more than 60% of the Brazilian energy matrix.


Lucas Zanatta is one of the many conquistadors who travel throughout Brazil to build hydroelectric power plants. Known as barrageiros (dam builders), they are united by the desire to see a project come to life and to accumulate personal and professional knowledge that grows with each new endeavour. He has been working 3,100 kilometres from his family, but in 2017, when he arrived at the Baixo Iguaçu project, everything changed: "I brought my family here, and now I can watch my son play football, take him to school".


Antony Diniz is in a similar situation: he is an agronomist, responsible for evaluating the land owned by the families and finding a good place in which to resettle. With the conclusion of the Baixo Iguaçu hydroelectric Power Plant, he now has four projects behind him. "Before I started working in the field, I did not even think of living this way, travelling all over Brazil. But after the first, it has been one after the other", says. 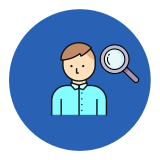 
The many and varied attractions in the five municipalities around the hydroelectric power station include Rincon de las Aguas (Realeza), the artificial beach of Nova Prata do Iguaçu, Araucaria Spa (Capanema), Planalto Farmers' Market, the Vítor Valendoff Cultural Centre (Capitão Leônidas Marques) and the Piedra del Biguá (also in Capanema). The Tourist Guide for the region describes a total of 36 tourist sights. 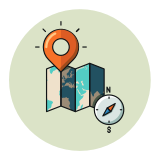 Neoenergia has received the Global Pact SDG Award in the category Collaborations/Large Companies. The company took part in the initiative Educational Actions on Energy Efficiency with the festival Tô Ligado na Energia (I am connected with Energy), with the collaboration of Carlinhos Brown for the use of the children's characters Paxuá and Paramim, created by the musician.

The aim of the award is to recognise ongoing projects and raise awareness among companies so that they continue following the Sustainable Development Goals (SDGs) and acting in line with the global sustainability agenda. the Brazilian Global Compact Network, a UN initiative, organised the event.

Do you know how hydroelectric power plants work?

Committed to the SDGs