What is a Digital Twin, advantages and applications

WHAT IS A DIGITAL TWIN?

Digital twins, the keys to the Fourth Industrial Revolution

Wind turbines, engines and cranes are now able to understand each other and converse in natural language with engineers. It is not science fiction, they are digital twins, a disruptive technology that will be vital in the rise and progression of the Fourth Industrial Revolution. 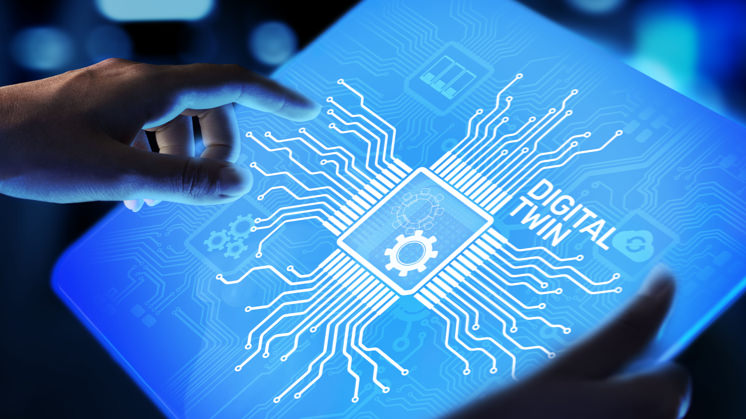 In 1968 the film 2001: A Space Odyssey surprised the world with a future in which astronauts spoke to a super computer (HAL 9000) that could monitor the ship and manage its operations.Half a century later, reality is now touching the fiction devised by the minds of filmmaker Stanley Kubrick and author Arthur C. Clarke. And those symbolic fingers belong to the digital twins, protagonists of Industrial Revolution 4.0.

A digital twin is a virtual replica made in the image of a product - an aircraft turbine, the blades on a wind turbine, a building facade, etc. that incorporates data in time real that can be captured through sensors or technologies related to Big Data. Once this information has been collected, it is processed with Artificial Intelligence, Cloud Computing and Machine Learning to give birth to a living representation that feels, thinks and acts.

The digital twin concept is not new. In 2002 at the University of Michigan, Michael Grieves, a computer engineer, mentioned the possibility of creating digital representations of physical systems that had their own entity during a talk with John Vickers, NASA's Director of Technology. Less than two decades later, specifically in 2018, consultancy firm Gartner named digital twins as one of the ten technological trends of that year.

THE BENEFITS OF DIGITAL TWINS

Digital twins will transform many processes. Something that consultants such as Deloitte or KPMG already foresaw in 2017 in their Industry 4.0 and the digital twin and Beyond the hype reports respectively. One of the main benefits is that they enable companies to detect problems in advance and resolve them more quickly. They can warn of any future breakdown, incident or anomaly in their operation and interact, as HAL 9000 did, directly with humans. They can even work autonomously by being able to analyse a situation, propose optimised solutions and put them into operation.

When a company builds a digital replica of its products, the environments in which they operate and the systems that produce them, it can predict virtually everything that will happen in the physical world. For engineers, digital twins are very useful because, having a detailed history of the previous model, they can correct errors and create new, more reliable versions. And the data proves this right. In 2018, consultancy firm IDC detected 30% improvements in the critical processes of companies that invested in this technology.

HOW DOES A COMPANY ADAPT TO DIGITAL TWINS?

Gartner predicts that by 2021, half of major industrial companies will use digital twins, which will translate into a 10% improvement in their efficiency. The implementation of a digital twin is not a process that can be completed overnight. In fact, it will completely transform these companies. Consequently, companies that decide to back this technology will need to address the following challenges:

Multiply the capacity of current storage, management and data analysis systems to handle the volume required by digital twins. 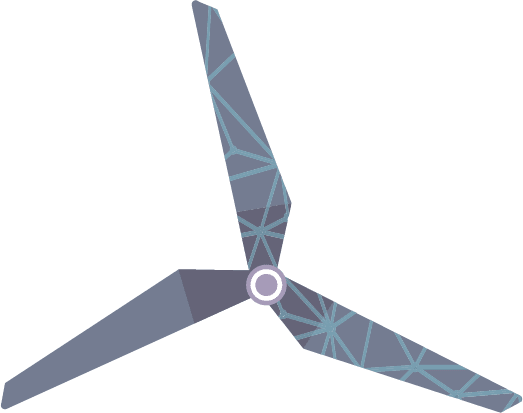 WHAT DOES A DIGITAL TWIN DO?

It analyses data and obtains conclusions through
Artificial Intelligence. It learns from experience
thanks to Machine Learning technologies.

It collects data in real time through sensors
installed in machines or Big Data technologies.

It solves incidents, suggests optimisations
and predicts operations. If you add a voice processor,
it will interact with the technicians.

SEE INFOGRAPHIC: What does a digital twin do? [PDF] External link, opens in new window.

THE DISRUPTION OF DIGITAL TWINS

Digital twins are a disruptive technology that promises to revolutionise the industry and will be fundamental for 4.0 factories. But, how will these changes take shape? The production of customised pieces that are adapted to customers' demands and specific requirements will lead to greater satisfaction, more efficient processes will result in considerably lower polluting emissions and data analysis and subsequent simulation will enable predictive behaviours to be created that will optimise results.

With a forecast of 21 billion connected objects in 2020, it is predicted that there will be a similar number of digital twins. But will this technology only be relevant to machines or can it have direct applications for human beings? In relation to the health sector, for example, digital twins could help create health care plans and increase preventive measures in the face of possible diseases.

Internet Ethics: a key part of the digital future

What is a chatbot?