Will robots take over? The true problems in AI and robotics

With a recent surge of interest in artificial intelligence and robotics, the media is speculating about our future with robots, asking "Will Robots Steal Your Job?" warning "The Robots are Coming, Prepare for Trouble," and begging "Welcome, Robot Overlords. Please Don't Fire Us?"

What these headlines miss is that robots don't make these decisions — humans do. As we design, build, and integrate robots and AI into our workplaces and society at large, we need to set aside our science fictional ideas of robot takeovers. Because pointing our fingers at robots obscures the real problem: us.

The belief that technology will inevitably automate away all jobs is persistent, but it isn't the only way for us to approach labor. Pursuing the cost-cutting elimination of human workers is a choice, and this choice is short-sighted. Instead of trying to automate away our warehouse employees, pizza delivery drivers, paralegals, and healthcare personnel, companies should be asking a different question: how can we use technology to help people do a better job?

Robots and AI perform best when we design them to be supplemental tools rather than substitute humans, because our intelligence and skillsets are very different. Technology outpaces us in a lot of ways: even a simple calculator is better at doing math. Today's AI can beat humans at games like chess, go, and Jeopardy. Our machines can do things we can't: sense and identify explosives, lift heavy metal beams, sort medications 24 hours a day, and recognize patterns in data we would never see on our own.

AI and humans, complementary and not exclusive

At the same time, humans also outpace machines. If you've tried to have a conversation with your phone's voice assistant lately, you may have noticed that our virtual helpers are disappointing conversationalists, at best. Even my toddler vastly outperforms robots on understanding context and concepts, not to mention identifying and picking up random objects or keeping his balance on two legs. Despite many decades of research and development, we haven't even been able to fully automate the car manufacturing process. The reason is that humans, with their adaptive intelligence, are much better than machines at certain things.

Is it just a matter of time and computing power before we can create a quasi-human? Maybe, although we are not anywhere close. But more importantly, the intelligence we're developing right now works differently from our own, and that's a good thing. Our goal shouldn't be to recreate human intelligence and skill in the far-away future. Why recreate what we already have, when we can purposely create something new?

Our belief that robots can and should replace us obscures the massive potential of making robotics and AI supplemental. We could be building and integrating these technologies with the explicit goal of boosting people's productivity, or transforming their roles into something less rote and more fulfilling, instead of just trying to automate away their existing tasks. When we think outside of the box on how to design and use robots to work alongside people, we will see much longer-term gains. Because where this technology truly shines isn't as a human replacement, but as a partner in what we're trying to achieve. 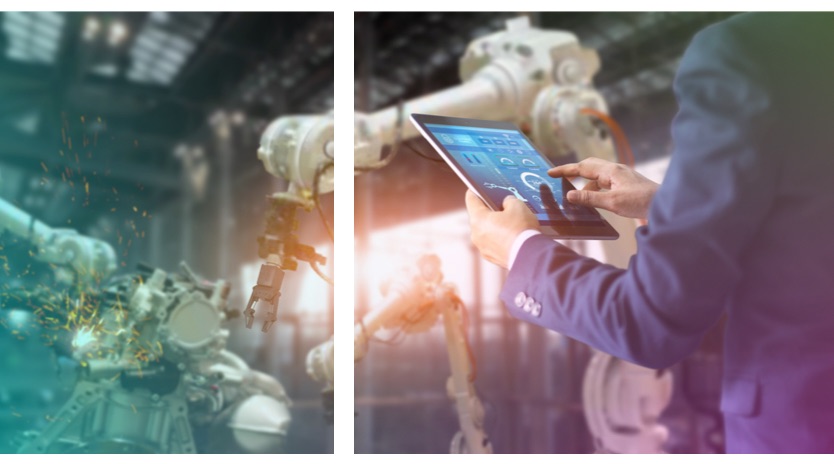 Shape the future
it's up to us

When we set aside our self-fulfilling predictions of robot takeovers, we start to see that we have choices, and that these choices don't end in the workplace. We have choices about the nature of people's jobs, but also about the corporate incentives we set in our broader economic and political systems. Instead of sticking to our default of viewing technology as neutral, we should also be choosing to make our design processes more inclusive, to ensure that what we build serves the interests of all people, instead of just the narrow demographics of its current creators.

We also have the choice — and the responsibility — to be more thoughtful about where it's not appropriate to use automated technologies. Understanding the strengths and limitations of robotics and AI helps us resist the current trend to apply this technology everywhere, whether in automated weapon systems, facial recognition cameras, hiring decisions, or in the criminal justice system. Not only are the outcomes often flawed and harmful, but using automated technology in these contexts also lets companies, politicians, and individuals point their fingers at the robots' decisions, when we humans are the ones who should be taking responsibility.

Our problem isn't that robots will take over, our problem is that we assume they will. So let's stop blaming the robots in our headlines. Let's be clear-eyed about the fact that robots and AI are human-made tools, and that they will have an impact on people's jobs and lives within larger, human-driven choices and systems. Instead of giving the robots agency, let's take that agency back. After all, it's not up to technology to shape the future âit's up to us. 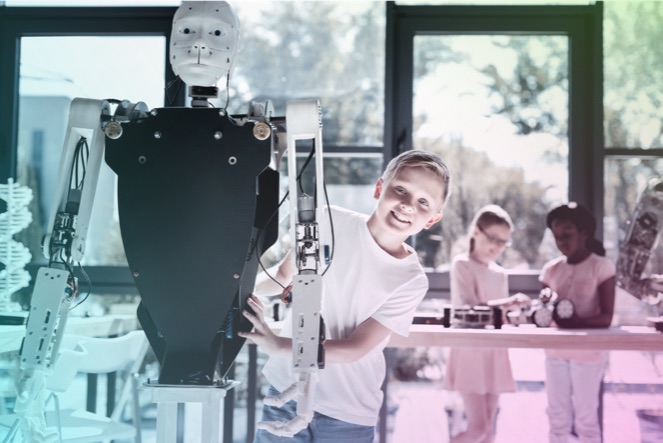 Dr Kate Darling is a Research Specialist at the MIT Media Lab. Her interest is in how technology intersects with society. Kate's current work looks at the near-term effects of robotic technology, with a particular interest in law, social, and ethical issues. She has also explored economic issues in intellectual property systems. She runs experiments, holds workshops, writes, and speaks about some of the more interesting developments in the world of human-robot interaction, and where we might find ourselves in the future.

[BACK TO THE COVER PAGE]

Digital darwinism or how to survive the technological
revolution

Digital twins, the keys to
the Fourth Industrial
Revolution