Non-fungible token (NFT), how to certify originality in a digital world?

A non-fungible token (NFT) is a unique, unrepeatable and indivisible digital asset that, linked to the development of blockchain technology and the cryptocurrency phenomenon, is gaining more and more attention. Auction houses, for example, are positioning themselves to use this technology, as are artists, athletes and even gamers. Below, we look at the peculiarities of these digital assets and why they are booming. 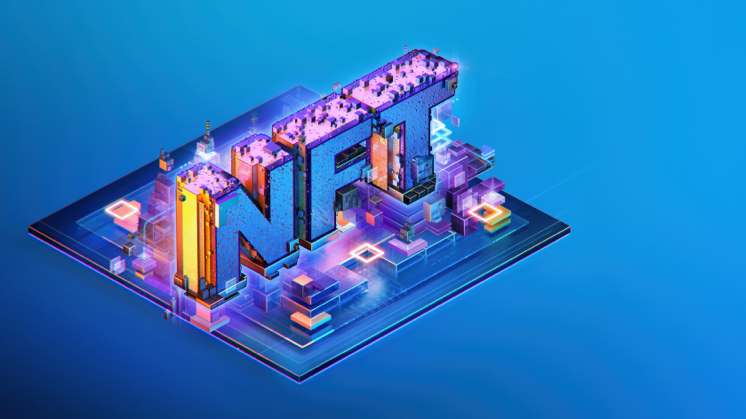 Non-fungible tokens (NFT) are taking the art world by storm.

In March 2021 the digital artist known as Beeple, real name Mike Winkelmann, sold one of his works (Everyday: The First 5000 Days) for a whopping $69 million at the famous Christie's auction house, making it the third most expensive by a living artist. Until recently, in the digital world one copy was indistinguishable from another, which reduced its value, but the emergence of blockchain and non-fungible tokens (NFTs) has changed that, making it possible to buy digital works considered originals.

WHAT IS A NON-FUNGIBLE TOKEN

A non-fungible token (NFT) is a cryptographic asset that has the ability to be unique and unrepeatable. Thanks to blockchain technology, the properties of this type of token can be stored and, in this way, it becomes possible to certify both the originality of the asset and its ownership. This is achieved by means of a smart contract, which also opens up the possibility of trading it.

The idea for NFTs, aka nifties, emerged alongside blockchain technology in 2014, but did not become popular until the emergence of the Ethereum cryptocurrency, which included a system for the creation and storage of non-fungible tokens.

What does non-fungible mean? Imagine you have a one-euro coin and you exchange it for another one-euro coin. It doesn't matter because they all have the same value, i.e. they are fungible. The same is true if you have bought a digital token, for example a bitcoin. The difference with non-fungible tokens is that they are unique and smart contracts allow you to identify them as such.

HOW DO NON-FUNGIBLE TOKENS WORK

NFTs have four main characteristics: they are unique, indivisible, transferable and capable of proving their scarcity. One of the keys to certifying these characteristics and facilitating the interoperability of these assets across multiple platforms are the various existing standards, the most widely used being Ethereum's ERC-721 and the most recent ERC-1155.

To create an NFT, simply use platforms such as OpenSea or Mintable, where the artist uploads the digital file and creates a smart contract associated with it. NFTs are listed on these platforms and can be accessed by potential buyers. To buy an NFT it is necessary to have an account with cryptocurrencies, specifically Ethereum, from where a transfer is made to the creator and in exchange the property is transferred.

If we buy an NFT, which is virtual, where do we store it? For that, we need wallets, i.e. digital wallets that help us to store and even trade them. The same applies to cryptocurrencies, such as bitcoin, which are stored on the Internet through these applications. The best known and most widely used are the following: Metamask, Enjin, Math Wallet, Trust Wallet or Alpha Wallet. 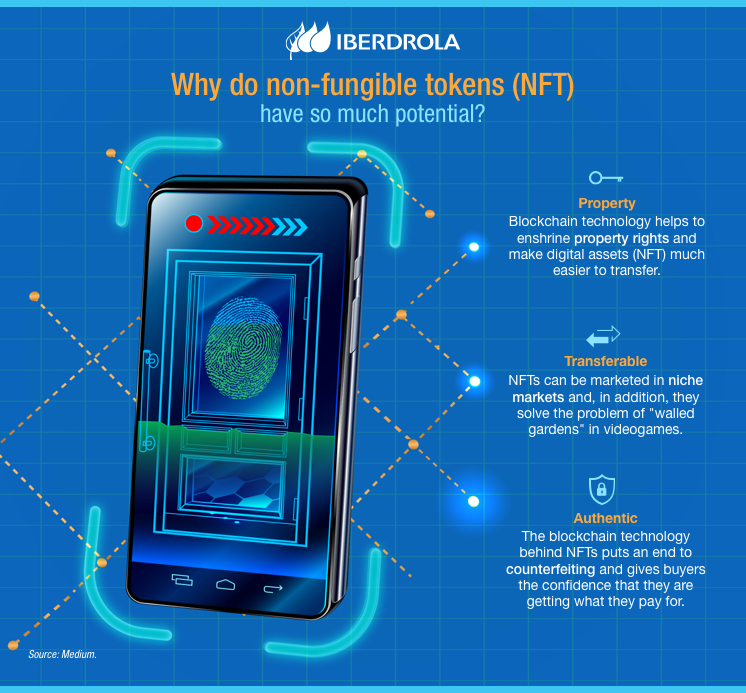 Why do non-fungible tokens (NFT) have such enormous potential?

NFTs are perfect for digital art, in fact, the art market is the one that is making the most use of them, but there are many other sectors betting on this technology. Here are a few examples:

Similar to trading cards, but in digital format. This year, an NFT card of a LeBron James dunk on the NBA Top Shot platform sold for $208,000.

NFTs can be used to represent assets in video games, such as a terrain, a castle or a virtual weapon, which are owned by the player.

Blockchain technology allows musicians to release their work as NFTs, in the form of limited editions for example, and thus monetise it. During the pandemic, it has saved the income of many.

Although less common, in March the short documentary Claude Lanzmann: Spectres of the Shoah became the first Oscar-nominated film (it was in 2015) to be auctioned as NFT.

Famous athletes are using NFT to earn more income from their image. NBA player Spencer Dinwiddie tokenised his contract so that others could invest in him.

Nike has a patent that allows an NFT to be attached to physical products, such as a pair of trainers, and is called CryptoKicks.

NFTs are having a tremendous impact on the art world, as exemplified by Beeple's million-dollar artwork mentioned at the beginning. Non-fungible tokens have opened up new possibilities for digital art, which can now be considered as part of a collection, as an investment or as a commodity to be traded as its originality and value are assured. It has also enabled digital artists to sell their images, animations or videos by connecting directly with collectors, thereby increasing the income from their work.

ADVANTAGES AND DISADVANTAGES OF NON-FUNGIBLE TOKENS

The main advantage of NFTs is their reliability. Blockchain technology allows the full provenance of the work and copyright details to be known, with the potential to include additional information that will always be part of the code and therefore inseparable from the work. This prevents counterfeiting and theft of works, and allows artists to be compensated more securely.

The disadvantages relate mainly to the fact that they are non-tangible assets. They are works of art that live in a computer network and, in essence, cannot be considered as an object in their own right. In addition, there is growing concern about the amount of energy consumed in processing digital assets, if it does not come from renewable sources, and the impact may have on climate change.