Tips for downloading an app safely

Nowadays there are applications for practically everything (instant messaging, online stores, banks, news, social networks...). From any of our devices we can have the service we want in just a few seconds. But are we doing so in a safe manner? 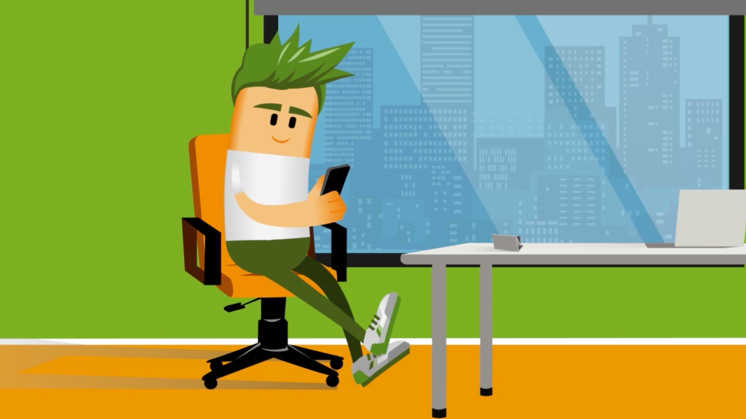 Sometimes, we go so fast that when we want an application, we download it automatically and we do not realize that it is asking us for more information than necessary. Permissions that may be basic for its operation but that, also, sometimes, if they are not, can compromise the security of our devices.

Did you know that there are some applications that are not what they appear to be? Did you know that some request more permissions than necessary to access devices and obtain information or even take control of them?

Although the official stores (Play Store, App Store...) have controls that filter out the passage of "not so reliable" applications, they can always miss out on some. That is why it is very important to take a few seconds to review certain aspects before downloading to check whether it is a safe application or not.

1. Look at the ratings and opinions of other users. Use them as a guide before downloading an app. If there are negative comments, it is important to review the reasons and find out why as this could save you a problem or two.

2. Review the permissions and data requested. If the app requests more than necessary, it is advisable to delete it and look for another one as you could be giving it access to data such as photographs or contacts.

3. Only download from official sites and look carefully at the app logo. Many applications generate copies to confuse users and get downloads so they can then generate scams.

4. Reinforce your security by always keeping your devices and apps up-to-date. This is essential to protect your phone and personal data.

PERMISSIONS IN APPS: BE CAREFUL!

Here are some real cases where users have had problems after downloading apps:

According to a study on 2017 Worldwide IOS and Google Play App Downloads, the five most downloaded apps in the world in 2017 were Whatsapp, Facebook, Facebook Messenger, Instagram and Snapchat, so being aware of the download permissions for this type of apps is especially important.

Read on to find out more and carry on downloading apps safely.

All applications request permissions, but... Have you stopped to review them? There are "spy" applications that can get access your information (camera, photos, contacts, SMS...) and take full control of your device.

Do not let this happen. Before downloading an application, pay attention and: 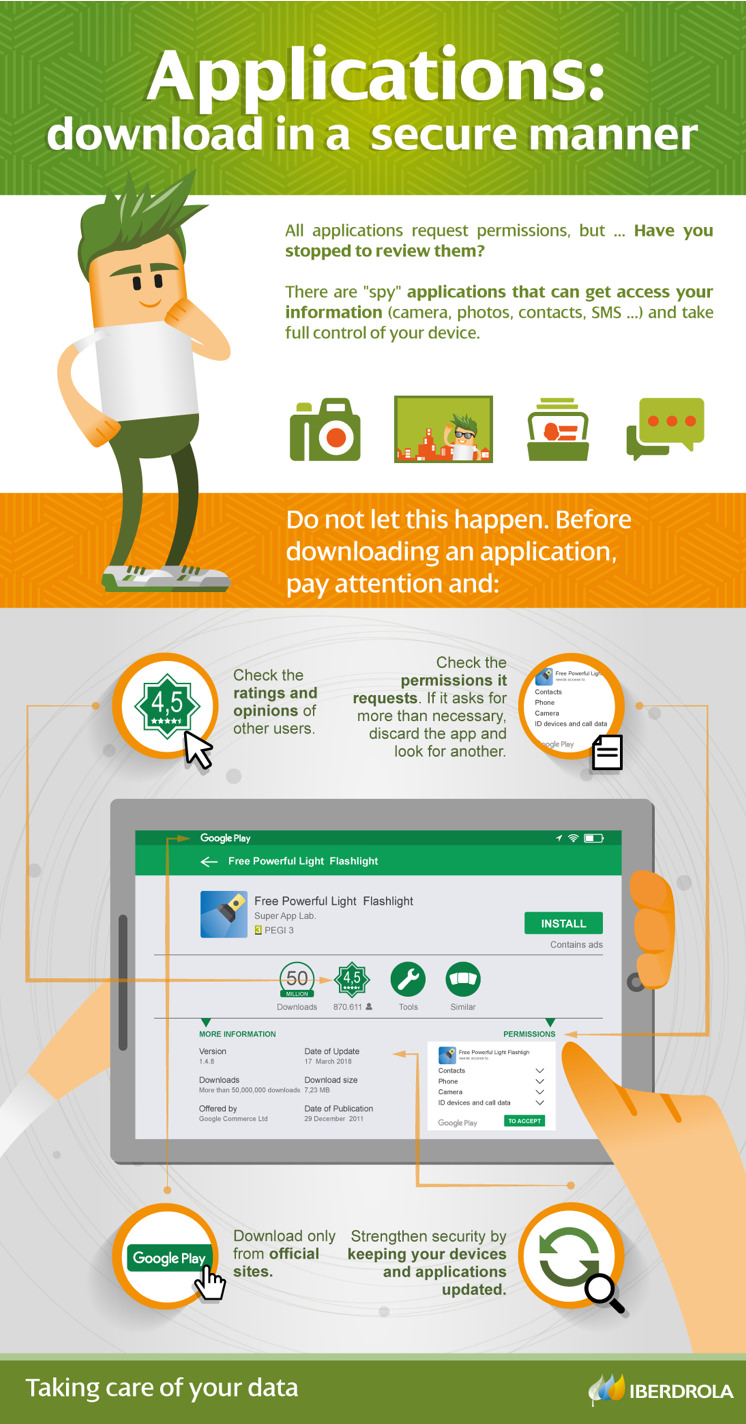 All applications request permissions, but... Have you stopped to review them? There are "spy" applications that can get access your information (camera, photos, contacts, SMS...) and take full control of your device.

Do not let this happen. Before downloading an application, pay attention and: