What is Edge Computing, the future of Connectivity

Self-driving vehicles, augmented reality and eHealth apps are just some of the innovations that we can put to use and optimise thanks to Edge Computing, a new paradigm that relocates cloud data processing to its source, reducing latency and energy consumption. We'll give you a basic insight into the intricacies of this technology, which is linked to the IoT (Internet of Things) and the 5G network. 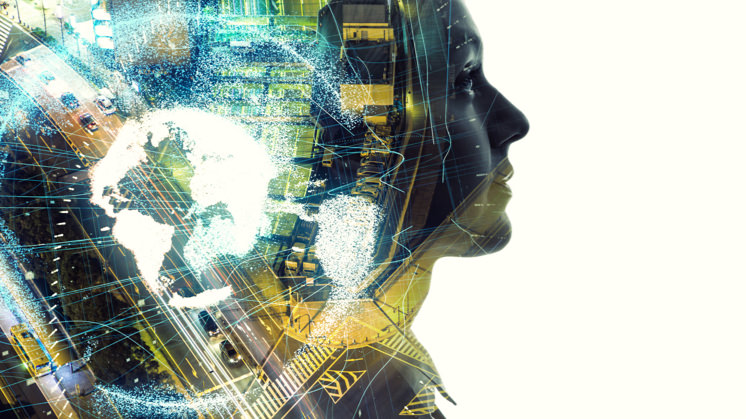 Wristbands that monitor our health, autonomous cleaning robots, smart traffic lights to regulate movement, drones to control harvesting, and so on. We are becoming increasingly surrounded by more and more internet-connected devices on an information super-highway. This is what's known as the Internet of Things (IoT), one of the key technologies of the Fourth Industrial Revolution which is set to shape the future.

By 2021, according to expert forecasts, the world will have 30 billion connected devices transmitting data to the cloud. This immense quantity of information is stored and processed in data centres to implement improvements, and is a fundamental part of Cloud Computing. But because of the huge amount of data generated it is a costly, slow and energy-hungry process. And this is where new solutions like Edge Computing come into play.

WHAT IS EDGE COMPUTING AND ITS CONNECTION WITH THE IOT

Edge Computing is a new computing paradigm in which IoT data are processed on the periphery of the network (cloud edge) in the same source that generates them, or as close to it as possible. Edge Computing can be compared with regional governments set up in a country to avoid having to pass all management processes through the central government, or, to complete the analogy, through Cloud Computing.

Edge Computing reduces energy consumption, bandwidth and latency (response time) which arises from sending a lot of information for processing in remote data centres. Moreover, this technology offers other advantages over Cloud Computing:

In this way, Edge Computing complements Cloud Computing by improving the usability of devices while still sending data to the cloud for deeper analysis and improvements. Between the two we have Fog Computing, which dissipates the cloud into a mist and spreads it around the world to bring it closer to connected devices by processing data, not at the actual source, but at nearby network hubs.

APPLICATIONS AND EXAMPLES OF EDGE COMPUTING

The virtues of Edge Computing will allow numerous technologies to be integrated into our environment — homes, vehicles, cities, etc — and many others to be optimised. Let's take a look at some of them:

Intelligent cars gather information about their surroundings while on the move — traffic signals, other vehicles, pedestrians, etc —. The processing speed made possible by edge computing is crucial for driverless vehicles to be able to react in real time to driving necessities and make this new mode of transport viable.

Smart cities depend on massive inputs of data, and the inherent decentralisation of Edge Computing is the perfect solution to avoid system collapses while at the same time improving the efficiency of all the elements of a smart city: smart grids, self-driving vehicles, street lighting, public transport, etc.

The lower the latency in online video games, the faster gamers' reactions can be. Virtual reality and augmented reality will also be given a boost by this breakthrough, improving the provision of remote services like health care and training.

Thanks to analysis of all the data generated by the machinery in a factory, Industry 4.0 can benefit from smarter production processes that increase efficiency, quality and sustainability, as well as from better interaction between cobots (collaborative robots) and humans, preventing accidents and minimising their repercussions.

Driven by Edge Computing, smart grids can respond to demand in real time, making way for a more efficient and better quality electricity supply by improving, amongst other things, incident prevention and its duration.

EDGE COMPUTING AND ITS RELATIONSHIP WITH OTHER TECHNOLOGIES

As well as the Internet of Things, Edge Computing has a close relationship with other key technologies in the digital revolution. Amongst these, the following are worthy of note: