This website uses own and third party cookies and technologies to enhance your visit by adapting browsing to your preferences. By continuing to browse our site, you accept our cookie policy.You can change settings or get more information by accessing our Cookies Policy

You are in
Compartir:

We lead the transition to sustainable mobility

Iberdrola reinforces its strategy through its Sustainable Mobility Plan started up in 2016, thanks to the development of policies and concrete actions to 'mobilise' all the players involved: administration, companies, car manufacturers, etc.

Advantages of the electric car.

As part of its commitment to sustainability and as an effective means of combatting climate change, the company is driving and leading the transition to sustainable mobility and electrification of transport.

The Sustainable Mobility Plan is part of this commitment undertaken by the company in its Sustainable Management Policy, approved by its Board of Directors in 2013 and updated in February 2019, which requires the assumption of policies that promote sustainable exploitation of the group's corporate purpose. The objectives of this initiative are to reduce emissions, promote energy efficiency, improve the quality of life of the people living in the areas where the group operates and raise awareness among employees.

Design and operation of properties 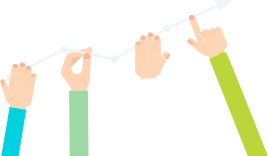 ALIGNED WITH THE SUSTAINABLE DEVELOPMENT GOALS

In addition to contributing directly to achieving goals 13 (action for the climate) and 11 (sustainable cities and communities), Iberdrola's Sustainable Mobility Plan contributes indirectly to goals 3 (health and well-being), 8 (decent work and economic growth) and 9 (industry, innovation and infrastructure).

TRAVELING ON AN ELECTRIC CAR